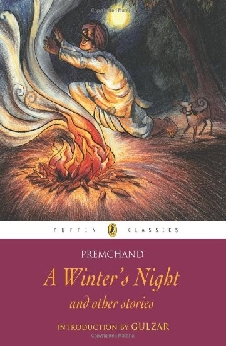 A Winter’s Night And Other Stories

Ten classic stories from the master of Hindi literature

Nearly a century after they were written, Premchand’s numerous short stories, novels and plays, written both in Hindi and Urdu, continue to be a mirror to Indian society and its traditions.

A Winter’s Night and Other Stories brings together, for young readers, some of his most powerful short stories. This is a world inhabited by people like Halku, forced to spend the bitterly cold winter night in the open, without a blanket; Kaki, the old invalid aunt, ill-treated by her own relatives; and Shankar, reduced to being a bonded labour for the sake of a handful of wheat. Premchand describes their plights with unflinching honesty. Yet all is not hopeless in this world. There is also little Hamid, who buys tongs for his old grandmother rather than toys for himself; Ladli, who saves her share of puris for her blind aunt; and Big Brother, trying in vain to remember the strange names of English kings and queens.

Greed, dishonesty, cruelty abound in this world, as do kindness, bravery and humour. These ten stories are an ideal introduction to Premchand and his concerns and ideas that remain relevant to this day.

A Winter's Night And Other Stories Reviews