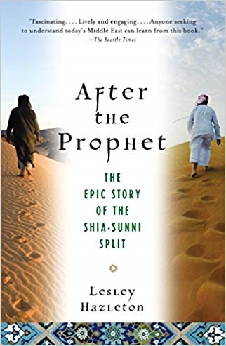 After The Prophet: The Epic Story Of The Shia-Sunni Split In Islam

After The Prophet: The book attempts to throw some light on the cause of the rift, between the sunni and shia branches of Islam. When Prophet Muhammad was breathing his last, the tussle over power had already begun. The prophet’s dream of Islam being united was devastated, and the clash over who would assume control over the new Islamic nation became vicious. The book delves into into all these happenings and gives a vivid account of how religious faith is enmeshed in politics. After The Prophet: The Epic Story Of The Shia-Sunni Split In Islam is insightful and educates readers about the shia-sunni fallout.The book came out in the year 2010 and was published by Anchor.

After the Prophet Reviews

Be the first to review “After The Prophet: The Epic Story Of The Shia-Sunni Split In Islam” Cancel reply