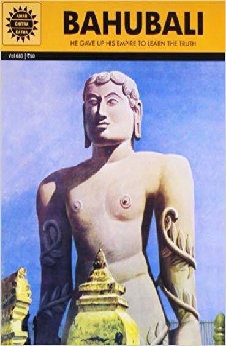 Bharata, king of Ayodhya, had an overriding ambition to become king of kings. He set about subduing every kingdom possible including those of his brothers. The only person to oppose his arrogance was his half-brother, Bahubali, who defeated Bharata in single combat. However, Bahubali abdicated all claims to the throne and left for the forests to meditate. Centuries later Chavundaraya, a commander-in-chief of the Ganga dynasty built a 57 feet high statue of Bahubali at Shravana Belagola. This story has been taken from Pampa’s Adi Purana and Panchabana’s Bhujabali Charita.