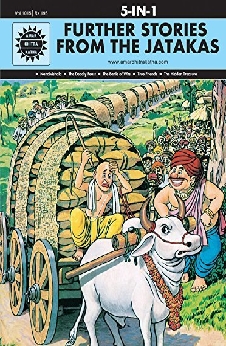 Belief in the cycle of rebirth and reincarnation is an essential part of Buddhist and Hindu philosophy. Siddhartha, who later became the Buddha, is said to have gone through numerous births as a Bodhisattva to attain that status. The Bodhisattva came in many forms-man, monkey, elephant, deer and lion and in each form lived a virtuous life to spread the message of justice and wisdom, tempered with compassion. This wisdom of right thinking and right living has been preserved in the stories of the Jatakas.

Further Stories From the Jatakas Reviews