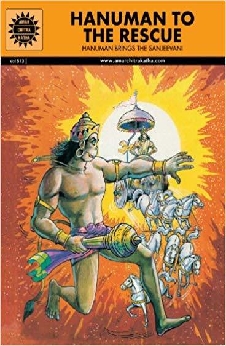 Rama was frantic. His beloved brother lay dying and the only cure was tucked away on a forested mountainside far, far to the north. Big-hearted Hanuman could not bear to see their pain. He swelled into a giant, he flew, he battled deadly crocodiles and murderous ogre, he pitted his wits against powerful gods, all to deliver the precious medicinal plant, sanjeevani, before it was too late. He brought the entire mountain to rest at Rama’s feet!

Hanuman To The Rescue Reviews