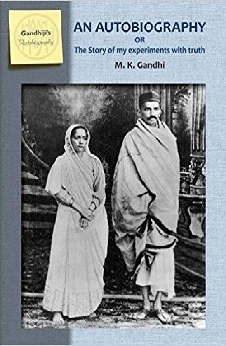 An Autobiography: Or, The Story Of My Experiments With Truth

Mohandas Karamchand Gandhi was born in Western India in 1869. He was educated in London and later travelled to South Africa, where he experienced racism and took up the rights of Indians, instituting his first campaign of passive resistance. In 1915 he returned to British-controlled India, bringing to a country in the throes of independence his commitment to non-violent change, and his belief always in the power of truth.

Under Gandhi’s lead, millions of protesters would engage in mass campaigns of civil disobedience, seeking change through ahimsa or non-violence. For Gandhi, the long path towards Indian independence would lead to imprisonment and hardship, yet he never once forgot the principles of truth and non-violence so dear to him. Written in the 1920s, Gandhi’s autobiography tells of his struggles and his inspirations; a powerful and enduring statement of an extraordinary life.

Starting with his days as a boy, Gandhi takes one through his trials and turmoils and situations that moulded his philosophy of life ? going through child marriage, his studies in England, practicing Law in South Africa ? and his Satyagraha there ? to the early beginnings of the Independence movement in India.

He did not aim to write an autobiography but rather share the experience of his various experiments with truth to arrive at what he perceived as Absolute Truth ? the ideal of his struggle against racism, violence and colonialism.

Be the first to review “An Autobiography: Or, The Story Of My Experiments With Truth” Cancel reply