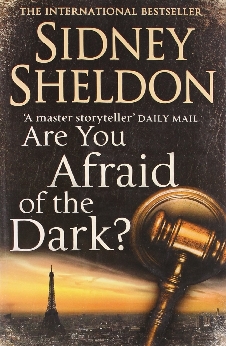 Are You Afraid Of The Dark?

The bestselling author Sidney Sheldon provides yet another potboiler in Are You Afraid of The Dark?. The plot revolves around the mysterious deaths or disappearances of four scientists who were working with a New York based multinational environmental corporation, KIG. The plot thickens with frequent twists and turns. The protagonists of this gritty tale are two of the widows of the killed KIG scientists. One is an established artist, Diana Stevens, while the other is an international supermodel, Kelly Harris.

The turn of events in Are You Afraid of The Dark? sees the widows coming together to unravel the horrendous truth behind the death of their husbands. Trapped in a circle of hiding and killing, the women have to risk everything including their lives to avert a conspiracy that ultimately threatens to hold the planet as hostage. Published in 2004 by Harper, the book is available in paperback.

Are You Afraid Of The Dark? Reviews

Be the first to review “Are You Afraid Of The Dark?” Cancel reply