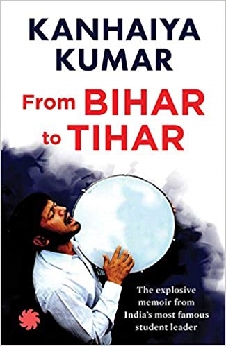 Bihar To Tihar: My Political Journey

No one has made quite such an electrifying political debut in India in recent history. In March 2016, Kanhaiya Kumar the president of the JNU Students Union was arrested on charges of sedition, locked up in Tihar Jail and beaten up by lawyers in Patiala House court. He came out of the crisis as a young political star, dubbed by the BBC as ‘India’s most loved and loathed student’. This is his story – from his childhood in rural Bihar, college days in Patna, to his political coming of age in Delhi. And it is told in his extraordinary voice – colourful, witty, eloquent, and raw. Bihar to Tihar is the story of a young political star in the making and a rare window into the lives of small town young Indians and their aspirations.]

From Bihar to Tihar Reviews

Be the first to review “Bihar To Tihar: My Political Journey” Cancel reply