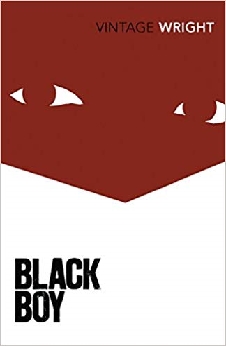 In Black Boy I found expressed, for the first time in my life, the sorrow, the rage, and the murderous bitterness which was eating up my life and lives of those around me. [Richard Wright’s] work was an immense liberation and revelation for me. He became my ally and my witness, and alas! my father’ – James Baldwin

At four years of age, Richard Wright set fire to his home; at five his father deserted the family; by six Richard was – ? temporarily – an alcoholic. Moved from home to home, from brick tenement to orphanage, he had had, by the age of twelve, only one year’s formal education. It was in saloons, railroad yards and streets that he learned the facts about life under white subjection, about fear, hunger and hatred. Gradually he learned to play Jim Crow in order to survive in a world of white hostility, secretly satisfying his craving for books and knowledge until the time came when he could follow his dream of justice and opportunity in the north.

Be the first to review “Black Boy” Cancel reply