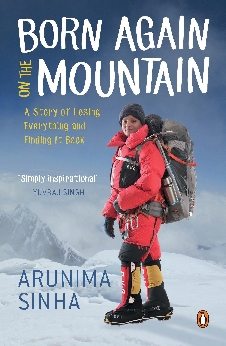 Born Again On The Mountain: A Story Of Losing Everything And Finding It Back

National-level volleyball player Arunima Sinha had a promising future ahead of her. Then one day she was shoved from a moving train by thieves as she attempted to fight them off. The horrific accident cost the twenty-four-year-old her left leg, but it never deterred her. A year later, she had retrained as a mountaineer and become the first female amputee to reach Mount Everest. This is her unforgettable story of hope, courage and resilience.

Born Again on the Mountain Reviews

Be the first to review “Born Again On The Mountain: A Story Of Losing Everything And Finding It Back” Cancel reply