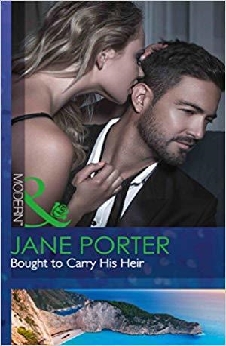 Bought To Carry His Heir

Held captive.. When Georgia Nielsen is asked to be surrogate for an enigmatic tycoon she can’t afford to say no. Before she realizes that she’s struck a deal with the devil she’s trapped on his isolated Greek island, with no escape from the brooding master who stalks its shores!
Carrying his child! Scarred by the loss of his wife, Nikos Panos’s future rests on leaving behind a legacy. But Georgia’s constant presence threatens to unleash the powerful hunger he’s kept caged for so long. If he wants defiant Georgia to submit he must confront the demons that haunt him.

Bought to Carry His Heir Reviews