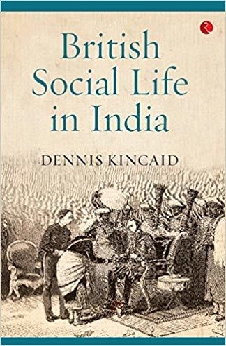 first published in 1938, british social life in india, 16081937 is an account of the lifestyles of the british in colonial india from the east india company days to just before the outbreak of the second world war.

Considered one of the closest portrayals of the daytoday functioning of the british community in india their sports and amusements, their domestic arrangements, their relations with the native population it is also a circumstantial account of the way india evolved under the raj.
and, as colonial india retreats further and further into the depths of time, despite leaving its indelible marks on indian life through the indian railways, hill stations, postal system, architecture and the english language itself, this book takes you back to the era when it all started.