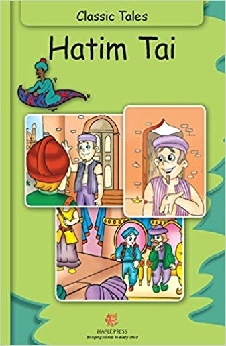 Once upon a time, in Arabia, there lived a man called Hatim Tai. Hatim Tai was very kind and gentle. He was very handsome and also very intelligent. He was famous all over the world for his kindness. A lot of kings were jealous of Hatim Tai.
Hatim Tai is the legendary chief of a small district known for his generosity, wisdom and courage.
Hatim had a horse which was very fast. When the King of Turkey came to know about Hatim, he said, “Everybody says Hatim is very kind. I will go and test Hatim myself. I will ask him for the horse and, if he gives me the horse, then I will agree that he is the kindest man on this Earth.” How does king test Hatim to get his horse? What is Hatim’s response to test?