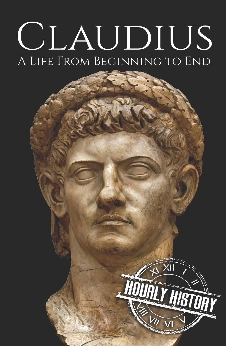 Claudius: A Life From Beginning To End

Claudius Often portrayed as an awkward, disfigured, and clumsy man, Claudius was the unlikely ruler of the Roman Empire from 41 CE to 54 CE. His reign would prove to be one of the longest of the time even though his rise to the throne did not come without opposition. Virtually no-one in Claudius’ family wanted to see him become emperor-only when he turned out to be the last surviving man of the Julio-Claudian dynasty did he ascend to the throne.
Inside you will read about…? Born to Be Cast Out
? A Historian and a Husband
? The Conquest of Britain
? Plots and Intrigues
? The Assassination of Emperor Claudius
And much more!
No-one ever expected that the boy that was used as the comparative standard for stupidity by his own mother would become the emperor of Rome. Yet, he did. Claudius reign was riddled with conspiracies and attempts on his life by the Senate that was supposed to serve him. But despite all the opposition to his rule, Claudius would go on to be an able and efficient leader. He expanded the Roman Empire more than any other emperor had since the reign of Augustus.

Be the first to review “Claudius: A Life From Beginning To End” Cancel reply