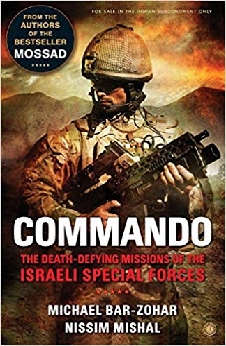 The death-defying missions of the Israeli special forces.

Michael Bar-Zohar and Nissim Mishal return with the intensely absorbing, fast-paced story of thirty of the boldest missions of the Israeli Special Forces. Packed with electrifying battles, raids in enemy territory and death-defying commando missions, Commando follows the lives and accomplishments of some of Israel’s most prominent figures.

Captivating and eye-opening, it offers an opportunity to understand how these crucial missions shaped Israel and the world at large.

Be the first to review “Commando” Cancel reply