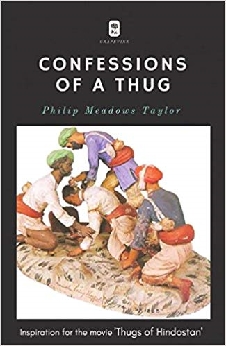 Confessions Of A Thug

The Thuggee cult of India in the 19th century was widely prevalent. ‘Confessions of a thug’ is the earliest account of the same, from the British point of view.
It was a best-seller in 19th-century Britain, becoming the British Empire’s most sensational ethnographic fiction in the first half of the 19th century, its avid readers included Queen Victoria. It was one of the best-selling crime novels of the 19th century and was the most influential novel about India. The novel’s popularity established the word “thug” in the English language.
This book is a tale of crime and retribution in India, beginning in the late 18th century and ending in 1832. The story lays bare the practices of the Thugs or “deceivers” as they were called, who murdered travellers for money and valuables.

Confessions of a Thug Reviews

Be the first to review “Confessions Of A Thug” Cancel reply