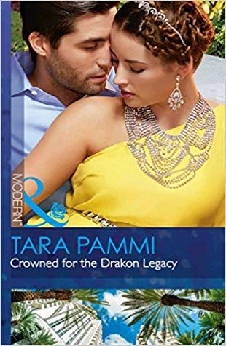 Crowned For The Drakon Legacy

He may have craved her for a decade, but one exquisite night with Mia Rodriguez is all Nikandros Drakos, the Daredevil Prince of Drakon, will allow himself. It’s time to face his home country and the duty he’s denied for so long.

But when their sizzling liaison leads to an unexpected pregnancy, Nik won’t rest until his child is part of the Drakon legacy. Their affair was supposed to burn up along with their chemistry but now, to claim his heir, Nik must make unruly Mia both his bride ? and his princess!

Crowned For The Drakon Legacy Reviews