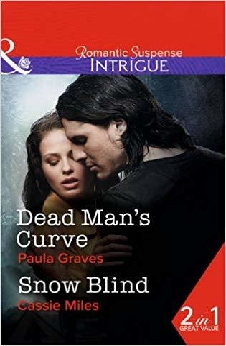 Dead Man’s Curve
CIA double agent turned fugitive Sinclair Solano must free his kidnapped sister from the rebels he betrayed and clear his name. But beautiful FBI agent Ava Trent is hot on his trail! Being alive has never been so dangerous, with Ava putting her irresistible body in the line of fire?
Snow Blind
Sasha Campbell’s innocent spying one evening on holiday takes a sinister turn when she witnesses a woman’s murder. Now she’s the next target! Sexy deputy Brady Ellis is the only thing standing between her and the killer, but when he finds himself drawn to Sasha in less than professional ways he has to resist. The job comes first?