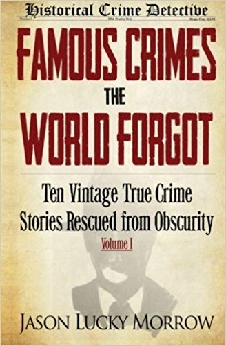 Extraordinary True Crimes Resurrected from the Grave Famous Crimes the World Forgot uncovers ten amazing true crimes that exploded into the national news, shocking Americans from coast to coast-crimes that were eventually forgotten-until now. Many of these incredible cases went unexplored for decades. They include: a “Jack the Slugger” style serial killer who haunted the streets of Denver, bashing women in the head with a baton; the hatchet murder of a wife and child in Florida that put the husband in the prosecutor’s cross-hairs; a psychotic and delusional killer who taunted the public and police with coded messages-long before the Zodiac Killer did the same thing in California; the only family in America to produce two spree killers; a beautiful, young coed who shot a foreign student for a bizarre motive; a doctor who sought revenge and wiped out an innocent family; a blind man so desperate to support his family that he set off a bomb in one of America’s largest department stores; and a ruthless killer who murdered a husband and wife in their car on Route 66 while their four young sons slept in a pup tent just a few feet away. These astonishing true crimes will leave you wondering how they could have been ignored for so long.