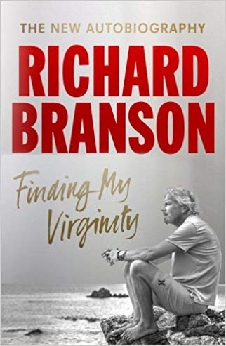 Global business icon Richard Branson has written many books, but none have been more popular than his first memoir, 1998’s Losing My Virginity. Now he’s finally publishing his second volume of memoirs, covering all of his fascinating ups and downs of the past two decades.

In the two decades since Richard Branson wrote Losing My Virginity, his life and company have changed significantly. Now he brings his life story up to date, including all the successes and failures of ventures such as Virgin Galactic. He also shares his personal, intimate thoughts on five decades as the world’s ultimate entrepreneur and his shift to focusing more and more on public service. Virginity Regained shows how Branson created hundreds of different companies, going from a houseboat to his own private island. Join him as he juggles working life with raising his children, sustaining his marriage and creating a unique company culture. Discover how he created a new life on Necker Island, while continuing to grow the Virgin brand into all corners of the world. Get the real story behind his encounters with everyone from Bill Gates and Rupert Murdoch to Nelson Mandela and Beyonce.
Go behind the scenes as Branson creates the world’s first commercial space line, Virgin Galactic; handles the biggest crisis of his career; and makes world record attempts on land, sea and air. He even discusses what it’s like for the original business hippy to become a doting “grand-dude” to his three grandchildren.

Be the first to review “Finding My Virginity” Cancel reply