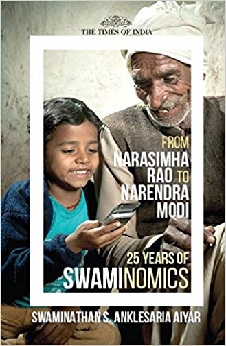 From Narasimha Rao To Narendra Modi

In the last 25 years, India has been transformed from an elephant to a tiger. What used to be called the world’s biggest beggar for foreign aid is now called a potential super-power. India has become the fastest growing major economy in the world. Yet euphoria over fast growth has faded with public outrage over corruption, dismal government services of every kind, and sectarian tensions. The 25 years from Narasimha Rao to Narendra Modi have been an era of private sector success, government failure, and eroding institutions. New controls and permits have emerged even as old ones have been abolished, a form of neo-illiberalism. The future agenda must include deeper economic reform to make India truly liberalised, an overhaul of all government services to improve quality and accountability, and strong independent institutions that promote merit over political connections.