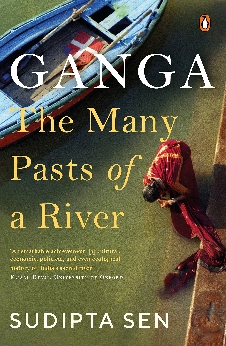 Ganga: The Many Pasts Of A River

The Ganga enjoys a special place in the hearts of millions. In this unprecedented work, historian Sudipta Sen tells the fascinating story of the world’s third-largest river from prehistoric times to the present.
Sen begins his chronicle with the river’s first settlers, its myths of origin in Hinduism and its significance in popular Buddhism. He traces the communities that arose on its banks, the merchants that navigated its waters and the many empires that shaped the river’s identity. Seamlessly weaving together geography, ecology and religious history, this lavishly illustrated volume paints a remarkable portrait of India’s most sacred and beloved river.

Be the first to review “Ganga: The Many Pasts Of A River” Cancel reply