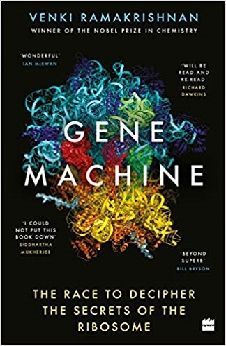 Gene Machine: The Race To Decipher The Secrets Of The Ribosome

Everyone knows the term DNA: it is the essence of our being – it determines who we are and what we pass on to our progeny. Mention the ribosome, on the other hand, and you will usually be met with blank faces, even from scientists. And yet without the ribosome, nothing lives. For if DNA is data then the ribosome is the machine that processes that data. Unlocking the secrets of this gene-reading molecule was once among the most fundamental problems in molecular biology. Gene Machine is the thrilling story of how three scientists including Dr Ramakrishnan succeeded in decoding the ribosome, later winning the 2009 Nobel Prize in Chemistry.

Be the first to review “Gene Machine: The Race To Decipher The Secrets Of The Ribosome” Cancel reply