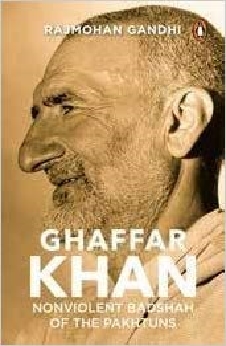 Born into the Muhammadzai tribe, from the Charsadda valley in the Pakhtun heartland, Khan Abdul Ghaffar Khan was a passionate believer in the nonviolent core of Islam and sought to wean his people-the fierce warrior Pakhtuns or Pathans of the North-West Frontier Province-from their violent traditions and fight for a separate Pakhtun homeland that would no longer be a buffer between Russia and Britain in the Great Game. In 1929 came Mahatma Gandhi’s call for nonviolent resistance against British rule and Badshah Khan responded by raising the Khudai Khidmatgars (Servants of God), an army of 1,00,000 men who pledged themselves to the service of mankind and nonviolence as a creed. For this and for his steadfast devotion to his principles, this towering figure was imprisoned for a total of twenty-seven years, first by the British and later by the Pakistani government. This is a perceptive biography that offers fresh insights into the life and achievements of an extraordinary man, drawing close parallels with the life of Mahatma Gandhi, his brother in spirit. The author looks at Ghaffar Khan ‘with the spectacles of today rather than those of 1947’, emphasizing that for people in the twenty-first century who live in the shadow of 9/11, Badshah Khan’s unwavering commitment to nonviolence and Hindu-Muslim unity offers valuable lessons.

Be the first to review “Ghaffar Khan: Nonviolent Badshah Of The Pakhtuns” Cancel reply