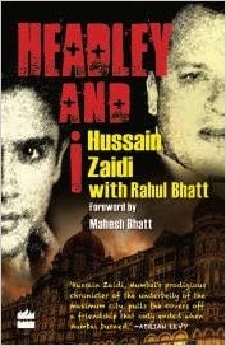 Hussain Zaidi, Mumbai’s prodigious chronicler of the underbelly of the maximum city, pulls the covers off a friendship that only ended when Mumbai burned’ – Adrian Levy For most of his childhood, Rahul Bhatt did not know a father’s unconditional love – a vacuum that the advent of David Coleman Headley filled for a while. David Headley: the dashing, intriguing Pakistani with one brown eye and a green one, a man who could pass himself off as American quite easily, a charmer of men and women alike. Headley inveigled his way into Rahul’s simple world and, in no time, swept him off his feet. It is only when ten men made a mockery of Mumbai in a well-planned act of terrorism, that Rahul realized how close he had come to being a part of the careful plotting and the innumerable recces that Headley carried out. This is a complex tale of human relationships and the deceit therein. It is the story of Rahul Bhatt, an aspiring Bollywood actor, and his encounter with David Coleman Headley, the man who was responsible for a ruthlessly executed carnage, in which 166 people were killed and over 300 injured in the fifty-nine hours that brought Mumbai to heel and shook India. A pulse-racing narrative, told in the voices of Bhatt and Headley, Headley and I traces the months leading up to the horrors of 26/11 and the long months of interrogation that followed.

Headley and I Reviews

Be the first to review “Headley And I” Cancel reply