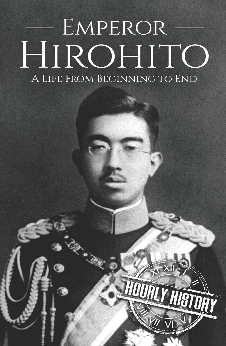 Hirohito: A Life From Beginning To End

HirohitoJapanese Emperor Hirohito is one of history’s most enigmatic figures. He led the Japanese during the darkest point of their history as they joined forces with the fascism of Nazi Germany and Italy. Upon Japan’s defeat most believed that Emperor Hirohito would stand trial for the war crimes he was accused of presiding over. But the trial never happened. Instead, to the surprise of the whole world-and most likely Hirohito himself-he was placed back on his throne and allowed to administer affairs in Japan until the day he died peacefully in 1989. How did all this come about? Read further to discover the life and the legend of Japan’s most notorious leader.
Inside you will read about…? Hirohito Takes the Throne
? Invasion of China and Assassination Attempts
? The Rape of Nanking and Unit 731
? Imperial Japan, an Axis Power
? Entering World War II
? Atomic Bombs: Hiroshima and Nagasaki
And much more!

Be the first to review “Hirohito: A Life From Beginning To End” Cancel reply