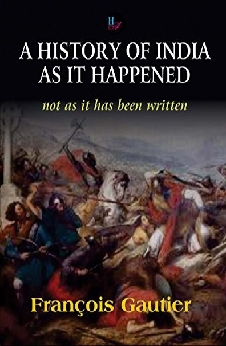 History Of India As It Happened

Indian History has to be rewritten according to the latest linguistic and archaeological discoveries, if Indian children are to understand who they are and where they come from. The history of India’s beginnings were written by European colonizers, with an intention to downsize, downgrade and postdate Indian civilization, but that unfortunately, generation after generation of Indian historians, for their own selfish purpose, endorsed and perpetuated these wrong theories, such as the Aryan invasion, which divided India like nothing else, pitting South against North, Aryan against Dravidian, Untouchables against Brahmins.