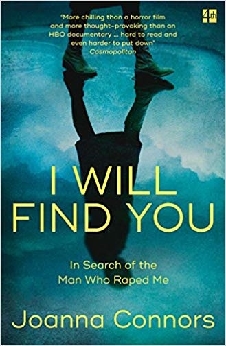 I Will Find You: In Search Of The Man Who Raped Me

A hard-hitting memoir about a woman’s search to understand the man who raped her
Joanna Connors was thirty years old when she was raped at knifepoint by a stranger.
Many years later she realised she had to confront the fear that had ruled her life ever since that day. She needed, finally, to understand. So she went in search of her rapist’s story, determined to find out who he was, where he came from, what his life was like ? and what leads a person to do something as destructive as what he did to her.
‘More chilling than a horror film and more thought-provoking than an HBO doc’ Cosmopolitan
‘Brutally affecting’ Guardian
‘Riveting’Mail on Sunday

I Will Find You Reviews

Be the first to review “I Will Find You: In Search Of The Man Who Raped Me” Cancel reply