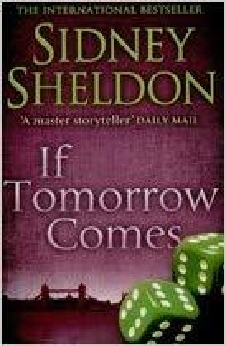 This 1985 crime fiction novel is the story of an ordinary woman who faces tough circumstances and metamorphoses into a different persona altogether. Tracy has a new job at a banking firm, a wealthy fiance whose child she is carrying and high hopes from life. Just when everything appears seamless, her life takes a drastic turn.
Tracy’s mother commits suicide and she soon discovers that her mother was in a lot of debt after being tricked by New Orleans Mafia. She decides forthrightly to take vengeance on the mob. However, she ends up getting raped. With his influences, the Mafia boss Orsatti charges Tracy with attempt to murder and theft. Betrayed by her lawyer, who leads her to believe that pleading guilty would shorten her sentence, Tracy lands in prison with a 15 year sentence to serve.
Brutalized in the prison, she loses her baby and is deserted by her fiance, too. All alone, Tracy decides to toughen up, she makes friends with an influential prisoner Enristine, who supports her through her tough time.
When Tracy gets paroled, she starts plotting the downfall of every man who led her life this way. After taking revenge of her mother’s death and her prison sentence, Tracy finds redemption in becoming a con-artist. She now steals from those that she believes deserve to be stolen from. With her newly gained talents and a haunting criminal record, Tracy’s life is now a colorful crime bender.
About the author:
Sidney Sheldon was a popular author of crime and thriller novels. He is best known for his women protagonists who are feminine and gentle, yet show great strength of character when circumstances put their backs to the wall. He has also been a screenwriter for movies and TV shows. His television credits include the popular show I Dream of Jeannie. Some of his other popular books are A Stranger in the Mirror, The Doomsday Conspiracy, Windmills of the Gods and The Best Laid Plans.

Be the first to review “If Tomorrow Comes” Cancel reply