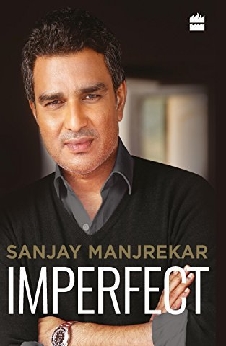 In Imperfect, Sanjay Manjrekar brings his famous analytic powers to look back at his own career as
a cricketer. His photographic memory takes the reader along on his journey from the dusty maidans
of Mumbai to the world stage as the diminutive batsman faces up to the fearsome West Indian and
Pakistani pace attacks.

In his precise plainspeak, Sanjay reflects on his father Vijay Manjrekar, and the effects of that
legend on his game; comments on the complex equations with the India greats with whom he shared
the dressing room and on the lessons learnt from his opponents; and reveals his own excruciating
obsession with batting technique, the quest for perfection, and the battle to try to shake off his
mental shackles.

This remarkable memoir sets a new standard for cricket writing in India, with significant life lessons
for those who aren t cricket fans as well.

Be the first to review “Imperfect” Cancel reply