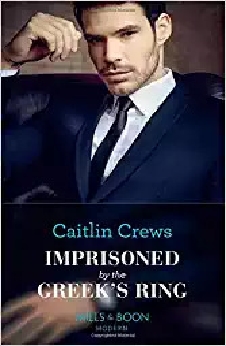 Imprisoned By The Greek’s Ring

His vengeance won’t be complete?
?until he has her as his bride!
After ten years in prison for a crime he didn’t commit, ruthless Greek Atlas Chariton is back to take revenge on Lexi Haring?the woman who put him there. He’ll meet her at the altar and bind her to him?for life! But once they’re married the bliss of her sensual surrender threatens to unravel his hard-won vengeance?

Imprisoned by the Greek's Ring Reviews