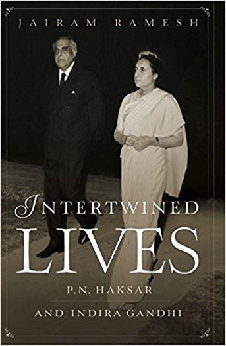 This is the first full-length biography of arguably India’s most influential and powerful civil servant who was Indira Gandhi’s alter ego during her period of glory. Educated in the sciences and trained in law, P.N. Haksar was a diplomat by experience and a communist-turned-democratic socialist by conviction. He knew Indira Gandhi from their London days in the late 1930s and in May 1967 she appointed him as secretary in the Prime Minister’s Secretariat. He then emerged as her ideological beacon and moral compass, playing a pivotal role in her signature achievements including the nationalization of banks, abolition of privy purses and princely privileges, the creation of an independent Bangladesh, the signing of the Indo-Soviet Treaty and the emergence of India as an agricultural, space and nuclear power, to name a few. Haksar wielded awesome power for over five years but chose to walk away from Indira Gandhi in January 1973. She persuaded him to return to the government two years later. After 1977, he was associated with a number of academic institutions and became the patron saint of various public causes and concerns that included protection of India’s secular traditions, propagation of a scientific temper, strengthening the public sector and deepening self-reliance in economic and technological matters. In 1987 he was instrumental in triggering the reconstruction of India’s relations with China. He continued to be one of India’s leading public intellectuals till his death in November 1998.
Drawing on Haksar’s extensive archives of official papers, memos, notes and letters and using his unique personal knowledge of people and politics, noted author Jairam Ramesh presents a compelling chronicle of the life and times of a remarkable Indian who decisively shaped India’s political and economic history in the1960s and 1970s. Written in his inimitable style this is a work of formidable scholarship that bring to life a man who is fast becoming the victim of collective amnesia.