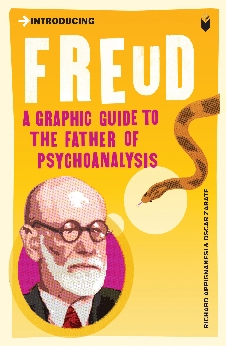 Freud revolutionized the way we think about ourselves. His psychoanalytic terms such as Id, Ego, libido, neurosis and Oedipus Complex have become a part of our everyday vocabulary. But do we know what they really mean? “Introducing Freud” successfully demystifies the facts of Freud’s discovery of psychoanalysis. Irreverent and witty but never trivial, the book tells the story of Freud’s life and ideas from his upbringing in 19th-century Vienna, his early medical career and his encounter with cocaine, to the gradual evolution of his theories on the unconscious, dreams and sexuality. With its combination of brilliantly clever artwork and incisive text, this book has achieved international success as one of the most entertaining and informative introductions to the father of psychoanalysis.

Be the first to review “Introducing Freud: A Graphic Guide” Cancel reply