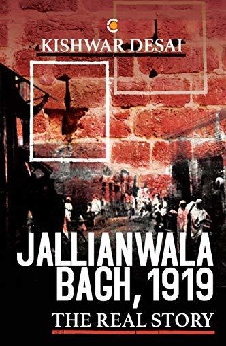 It has been a century since the massacre at Jallianwala Bagh, but Punjab is still to recover from the shock of it. The British Empire never did either?the impact of those bullets fired for ten minutes at an unarmed, peaceful crowd inside a community park with one narrow exit rang through its remaining years in India. Yet, the true horror of the event itself has been forgotten, as also the volatile atmosphere in Punjab at the time.
What was the catalyst for the events of that day and how did it become a turning point in India’s struggle for independence? Why did the British feel the need to impose martial law on Amritsar, which had shown little inclination for violence, despite provocation? What do we know about the individuals whose lives spun out of control on 19 April 1919, never to recover? Why did the people of Punjab suffer barbaric punishments, including public flogging, torture and even bombing, unknown to the rest of the world?
These are the questions fuelling the research that eventually gave shape to this meticulous and determined reconstruction of that crucial day, and the events which followed. Based on the reports of the Hunter Committee and the Indian National Congress, as well as other historical documents, Jallianwala Bagh, 1919: The Real Story provides a sharp analysis of General Dyer’s actions and their fallout?the official narrative and the Indian counter-narratives.

Be the first to review “Jallianwala Bagh, 1919: The Real Story” Cancel reply