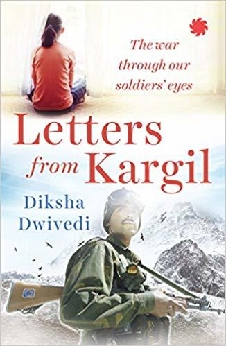 Letters From Kargil: The Kargil War Through Our Soldiers’ Eyes

With feet deep in snow and alert with their guns, our soldiers are responding to each threat from the enemy with twice the intensity and vigour, but my heart is somewhere else.’
In May 1999, India was invaded by Pakistan in Kargil in the Ladakh region in a surprise attack. Diksha Dwivedi’s father was one of the martyrs of that war.
In this beautiful, extremely moving book, she tells the story of the Kargil war through the letters and diaries of her father and other soldiers who fought there.
Intimate and emotional, Letters from Kargil is the most human and personal portrait of the war ever written.

Be the first to review “Letters From Kargil: The Kargil War Through Our Soldiers’ Eyes” Cancel reply