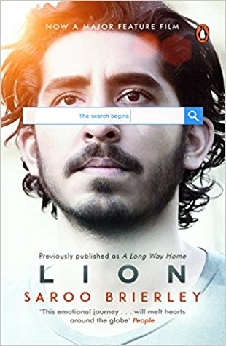 Five-year-old Saroo fell asleep in a train one evening as he waited for his elder brother to fetch him. When he awoke, he found himself amidst unknown faces, lost in faraway Calcutta. Poor, unable to read or write, Saroo struggled to survive alone on the streets of the crowded metropolis, before he was adopted by an Australian couple.Years later, Saroo met students from India at his college in Canberra and embarked on what appeared an impossible search for his childhood town. He began to piece together the bits he had carefully memorized, poring over satellite images in Google Earth. Eventually, twenty-five years after he had got lost, Saroo was able to trace his home town to Khandwa, Madhya Pradesh, where he set off to look for his mother.Lion is an inspiring true story of the power of hope and what the human will can achieve in the face of insurmountable odds.

Be the first to review “Lion” Cancel reply