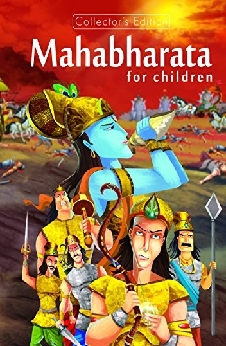 Mahabharata is a major epic of ancient India. It is a narrative of the Kurukshetara War and tales of kauravas and pandavas who were cousins. Kauravas had usurped the land of pandavas by unfair means. Pandavas wanted to get their land back but the kauravas were not agreed to give them even a little land and hence the war broke out between the two.

Be the first to review “Mahabharata For Children” Cancel reply