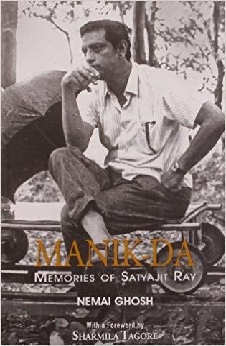 Satyajit Ray, known to his intimates as Manik-da, remains India’s most respected name in international film circles. This book reveals in its simplicity the ease and camaraderie between Satyajit Ray, one of India’s finest film-makers, and Nemai Ghosh, photographer extraordinaire. Manik-da is the latter’s endeavour to depict the man behind the director’s mask. Ghosh first worked with Ray on Goopy Gyne Bagha Byne, and Ray immediately found in him a kindred spirit who intuitively understood his requirements – and whom he understood. Thus was formed a partnership that spanned over a quarter of a century. In the process, Ghosh was able to photograph Ray at work and play, capturing on film the many moods of the master director. This nuanced and lucid translation from the Bengali original, which includes a perceptive Foreword by Sharmila Tagore, presents to the English reader Ghosh’s thoughts on Ray with over fifty exquisite, never-before-seen photographs.

Be the first to review “Manik Da: Memoirs Of Satyajit Ray” Cancel reply