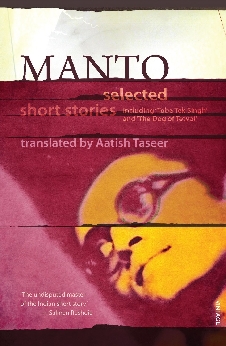 Saadat Hasan Manto’s first collection of stories was published in the 1940s, but his stories have an enduring relevance. Now read by more people than ever before, the simple clarity of his stories about arginalized people, his astute understanding of the complexity of human nature and the poignancy of his stories on Partition transcend spatial and temporal boundaries many of his characters are legendary and his taut narratives are a great source of insight into the human condition. Widely regarded as one of the greatest short-story writers of the Subcontinent, Manto is now, a hundred years after his birth, also acknowledged as one of the most powerful voices of his time. An enigma in his lifetime, and plagued by financial troubles, alcoholism and legal persecution in the last years of his life, he draws a posthumous wave of near-universal admiration. Aatish Taseer’s sensitive translation captures the lyricism and power of Manto’s voice. Manto, Selected Stories, with two new stories, is a collection to be savoured by new readers and old fans of Manto alike.