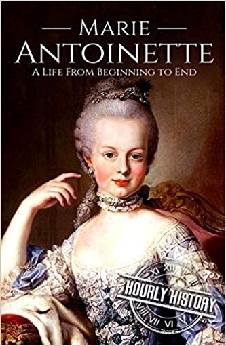 Marie Antoinette: A Life From Beginning To End

Marie Antoinette
Her name was Marie Antoinette. She was the last queen of France and among the most notorious of royalty ever to wear the crown. But besides the tales that would make the national enquirer blush, just what do we know about Marie Antoinette? While the peasants of France were starving for lack of bread did she really say, ?Let them eat cake!?? Or was it all a carefully crafted smear campaign?
Inside you will read about…
– Groomed to Become Queen- The Failed Wedding Night- Madame Deficit- The Roots of Revolution- Under the Protection of Lafayette- The Last French King and QueenAnd much more!Animosity against Marie Antoinette, the Austrian-born woman that many French citizens viewed as a transplanted upstart, had been brewing for several years. But was there any truth to their claims of the queen squandering resources and neglecting the lives of her subjects? In this book we seek to cut through centuries of bias and preconceived notions when it comes to Marie Antoinette. Never mind what you may think you know about this sensational sovereign, here we seek to find the real person behind the historical quips and catchphrases. Come along as we rediscover the life and legend of the ill-fated last queen of France?Marie Antoinette.

Be the first to review “Marie Antoinette: A Life From Beginning To End” Cancel reply