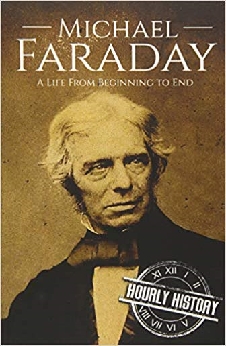 Michael Faraday: A Life From Beginning To End

Michael Faraday
Michael Faraday is regarded as one of the founding fathers of modern physics. His work in the field of electromagnetism revolutionized society, leading to new avenues of study and developments of technology that would leave the world changed forever. Without Faraday?s discoveries, there would be no electronics or electrical power. There would be no technology as we recognize it, or at the very least those technologies would have taken much longer to arise, causing our time to look very different.
Inside you will read about…
– A Blacksmith’s Son- From Bookbinder to Man of Science- The Royal Institution- Electricity- Magnetism- Famous FaradayAnd much more!This book tells the story of Michael Faraday?s life from birth to death and the remarkable discoveries he made during his lifetime.

Be the first to review “Michael Faraday: A Life From Beginning To End” Cancel reply