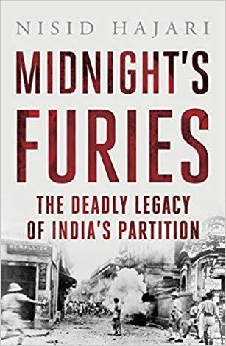 From nuclear proliferation to Jihadi terrorism, the partition of India continues to cast a long shadow even today. Nobody expected the liberation of India and the birth of Pakistan to be so bloody. But in 1946, a full year before Independence, a terrible cycle of riots began, starting with Calcutta and going on to engulf many parts of the country. As the British rushed to leave, thousands of Hindus, Muslims and Sikhs were brutally killed in communal violence. Midnight’s Furies vividly recreates that tragic period through personal stories and eyewitness accounts and recounts the complex relationships between Nehru, Patel, Jinnah and Mountbatten. It shows how Partition, which has created such a wide gulf between two countries whose people have so much in common, has given birth to global terrorism and dangerous nuclear proliferation today.

Be the first to review “Midnight’s Furies: The Deadly Legacy Of India’s Partition” Cancel reply