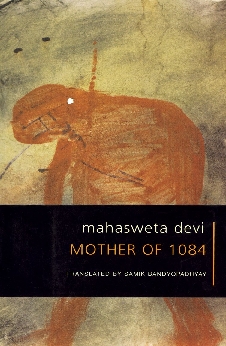 Mahasweta Devi is one of India’s foremost literary figures. Mother of 1084 is one of her most widely read works, written during the height of the Naxalite agitation – a militant communist uprising that was brutally repressed by the Indian government and led to the widespread murder of young rebels across Bengal. This novel focuses on the trauma of a mother who awakens one morning to the shattering news that her son is lying dead in the morgue and her struggle to understand his decision to be a Naxalite. Breast Stories is a collection of short fiction about the breast as more than a symbol of beauty, eroticism, or motherhood, but as a harsh ndictment of an exploitative social system and a weapon of resistance. At a time when violence towards women in India has escalated exponentially, Devi exposes the inherently vicious systems in Indian society. Old Women tells the touching, poignant tales of two timeworn women – Dulali, a widow since childhood, who is now an old woman preoccupied only with day-to-day survival, and Andi, who loses her eyesight due to a combination of poverty, societal indifference, and government apathy. All three volumes, written in Devi’s hard-hitting yet sensitive prose, are significant milestones in India’s feminist literary landscape.

Be the first to review “Mother Of 1084” Cancel reply