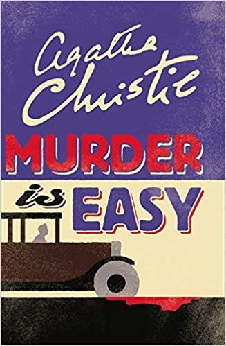 Agatha Christie’s ingenious murder mystery thriller, reissued with a striking new cover designed to appeal to the latest generation of Agatha Christie fans and book lovers.
Luke Fitzwilliam could not believe Miss Pinkerton’s wild allegation that a multiple murderer was at work in the quiet English village of Wychwood ? or her speculation that the local doctor was next in line.
But within hours, Miss Pinkerton had been killed in a hit-and-run car accident. Mere coincidence? Luke was inclined to think so ? until he read in The Times of the unexpected demise of Dr Humbleby?

Be the first to review “Murder Is Easy” Cancel reply