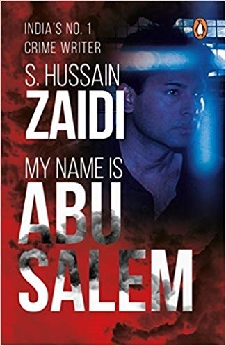 My Name Is Abu Salem

Mumbai has produced many dons-but perhaps none so colourful as Abu Salem. The flamboyant ex-aide of Dawood Ibrahim is best known for his involvement in the Mumbai blasts of 1993 and for the murder of music composer Gulshan Kumar. But he became equally famous for his relationship with actress Monica Bedi and his close connection to Bollywood, leading to a number of attempted murders of the film industry’s biggest names.
Now comes the ultimate telling of his life from the writer who knows the Mumbai underworld better than anyone else. Gripping, full of unknown details and first-hand accounts, My Name Is Abu Salem is another unputdownable book from S. Hussain Zaidi.

My Name is Abu Salem Reviews