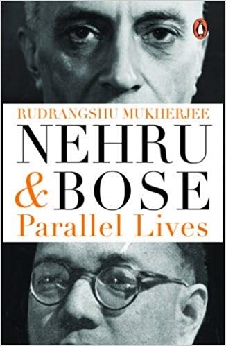 Nobody has done more harm to me . . . Than Jawaharlal Nehru,’ wrote Subhas Chandra bose in 1939.
Had relations between the two great nationalist leaders soured to the extent that bose had begun to view nehru as his enemy? but then, why did he name one of the regiments of the Indian national army after Jawaharlal? and what prompted nehru to weep when he heard of bose’s untimely death in 1945, and to recount soon after, ‘i used to treat him as my younger brother’?
Rudrangshu Mukherjee’s fascinating book traces the contours of a friendship that did not quite blossom as political ideologies diverged, and delineates the shadow that fell between them?for, Gandhi saw Nehru as his chosen heir and Bose as a prodigal son.

Be the first to review “Nehru And Bose: Parallel Lives” Cancel reply