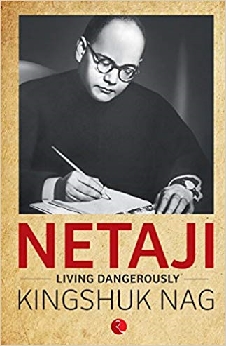 Did Netaji Subhas Chandra Bose die in an air crash in Taihoku (Taipei, Taiwan) on 18 August 1945? Was he sent off to Siberia by Joseph Stalin? Did he die there? Or did he escape? Or was he let off, eventually to make his way back to India? Was he the mysterious Gumnami Baba of Faizabad, Uttar Pradesh? If so, how did he find his way back? Why did Bose leave India when he did? Was it on account of his political approach, which was opposed by the then high command of the Congress party that wanted a quick transfer of power from the British?
The past comes alive as journalist and author Kingshuk Nag seeks answers to these and related questions at a time when there is a considerable renewal of interest in Netaji’s fate with old records tumbling out, the latest being the declassification of files by the government.
Netaji: Living Dangerously is a riveting account of the life of one of India’s most charismatic leaders and an in-depth analysis of one of the world’s best kept secrets.

Be the first to review “Netaji: Living Dangerously” Cancel reply