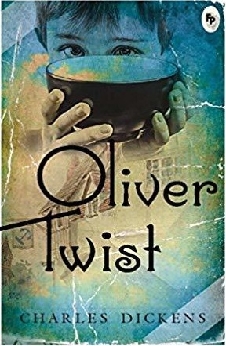 “It is a world of disappointment:
often to the hopes we most cherish,
and hopes that do our nature
the greatest honor.”
Born into a life of impoverishment, orphaned at birth, Oliver Twist begins his life in a workhouse. Apprenticed to Mr. Sowerberry, he flees to London on being beaten.
What happens as he meets Jack Dawkins, goes to work
with him without knowing the nature of work and is
taken to the police when mistaken for a thief?
Follow Oliver Twist as he strives to overcome the miserable conditions of the mid-19th century lower class and searches for an identity.
Centered round the rise of capitalism and industrial revolution, Dickens’ Oliver Twist is a notable example of a social novel. Adapted into numerous art forms, it continues to remain a classic sensation.

Be the first to review “Oliver Twist” Cancel reply