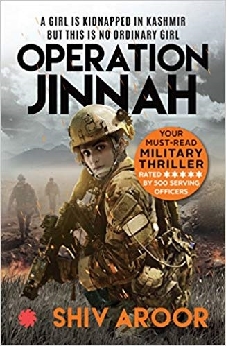 Read and rated [5 stars] by 500 serving officers of the Indian Army.
A girl is kidnapped by Pakistani terrorists in Pahalgam, Kashmir. But this is no ordinary girl And her kidnapper is no ordinary man.In Delhi, Admiral Nirbhay Rana, India’s most strong-willed naval officer, watches as the consequences of a lethal operation from his past crash into the present, holding both his daughter and his country hostage. In New York, as the Indian prime minister plays a delicate game of politics with Pakistan’s prime minister and the US president, Admiral Rana must assemble the only team he trusts to get his daughter back ? the very same group of commandos he had led into the heart of Pakistan-occupied Kashmir years ago. Will they make it back alive this time?

Be the first to review “Operation Jinnah” Cancel reply