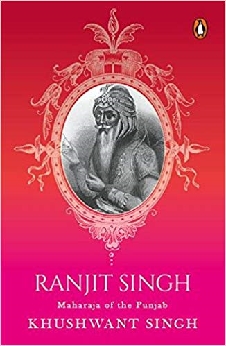 From being a petty chieftain to becoming the most powerful Indian ruler of his time, Ranjit Singh s empire extended from Tibet to the deserts of Sindh and from the Khyber Pass to the Sutlej. His army was one of the most powerful of the time in Asia and was the first Indian force in a thousand years to stem the tides of invasion from the north-west frontiers of Hindustan. In this first detailed biography of the first and only Sikh ruler of the Punjab, Khushwant Singh presents Ranjit Singh as he really was. Based on Persian, Punjabi and English sources, and drawing upon the diaries and accounts of European travellers, this is a memorable account of the pageantry and brilliance of the Sikh kingdom at the height of its power, and a lively portrait of one of the most colourful characters in Indian history.

Be the first to review “Ranjit Singh” Cancel reply